I’ll tell you a secret

There is no point in asking most people to keep something confidential.

Almost always the secret gets out. Hardly anybody can keep a tight rein on their mind and tongue.

True, a few can be trusted, but experience underlines the Biblical verse, “He that goes about as a talebearer reveals secrets, but he that has a faithful spirit conceals a matter” (Prov. 11:13).

This verse in fact plays a role in the development of the Jewish concept of privacy; in Judaism a privacy law has existed from Biblical times whereas in Western law it is not much older than about a century.

Secrets figure in the week’s Torah portion in the verse, Hanistarot laShem Elokenu v’haniglot lanu ul’vanenu – “The secret things belong to the Lord our God; the revealed things are ours and our children’s” (Deut. 29:28).

Maybe it is human nature to seek to know the inner secrets of the Creation but the sages discouraged this search, adamant that man has enough to do with the “revealed things” which are given into his charge.

Apart from anything else, things that belong to God require a Divine mind, in comparison with which the human mind, however great, is too limited and ephemeral to understand the full sweep of the universe.

This does not prevent man from investigating the scientific structure of the world and the human body, but these are “revealed things”.

To seek to find out the really deep things, especially the nature of the Creator Himself, does not and cannot succeed. 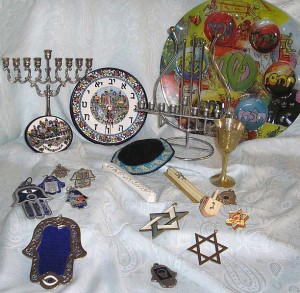 The Shabbat before Rosh HaShanah sees a sidra which describes a Yom-Tov-like crowd, “Your heads, your tribes, your elders, your officers, all the men of Israel, your little ones, your wives and your stranger, from your hewers of wood to your water-drawers” (Deut. 29:9).

Who were the hewers of wood and drawers of water?

Possibly the people who would otherwise be considered insignificant because of their lowly occupations.

Rashi sees them as outsiders, hangers-on, people who joined on to the Israelite crowd and said, “I want to be an Israelite, and I am willing to perform any menial task you give me”.

Moses heard what these people were saying but was not prepared to accept them as proselytes.

Where did the commentators get the idea of hangers-on who wanted to be Jewish? It comes from the reference to “your stranger”.

This suggests one of the Jewish principles of conversion: an applicant must have a genuine wish to live a Jewish life if they seek to become Jewish.

A certain rabbi reports that when he once landed in a small town to conduct High Holyday services, he encountered a local inhabitant who said, “I want to convert to Judaism because you Jews look after each other”.

What the rabbi did not hear was the words of Ruth, “Your God will be my God.”

They would have made a considerable difference. 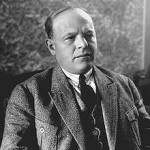 When I decided to call this article “Blessings and Curses”, a little voice within me complained, “That’s more relevant to last week, with the Tochechah, the blessings that come from obedience and the curses that punish transgression.”

I took no notice because there is a blessings-and-curses theme in this week’s reading too (Deut. 30:1).

The sidra says, “You are all standing today before the Lord your God” (Deut. 29:9) – and so we are, standing before God, called to account for the deeds we have done, the blessings we have brought, the curses we have caused.

As a parable let me quote the famous words of Bialik, who said that when the first ganav was found in Tel Aviv we would know we were a “normal” people.

Thank you, Mr Bialik, we are a “normal” people.

Every day’s news proves it – thieves, rapists, murderers, pedophiles, drug-dealers… you name it, we’ve got it. Oy, how “normal” we are.

What we now need to do is to be abnormal and find a way to handle the magnitude of the problem, and while we’re at it to find a way of handling homelessness, hopelessness, alienation, unemployment, the rich getting richer and the poor getting poorer. The curses are all caused by human beings.

Why aren’t we smart enough to bring about more blessings?

“Listen to His voice” means not to do, say or even think anything without first asking, “Is this the way to behave?”

If the answer comes in the Yiddish words, Es passt nicht – “that’s not the way a person should go”, don’t say, “But that’s what everyone else is doing!”

Despite Bialik, we have to be abnormal and courageous, and not add to society’s curses.